Hilda Dobson appointed as Chairperson and Kylie Ford as Vice Chairperson. Other officers happy to remain in their positions.

This will now be Alan Coupe who is happy to do this work for free.

Chimney stack has been re-pointed but the lining still needs repairing. Toilet roof is still leaking, floor not repaired and shed roof not repaired.

Fund raising for repair work must be done. Gillian to contact Richmond Council to see if they have funds/grant available.

Stewart said that the boiler hot water was on constant and had been since the repair was done six weeks ago. Oil Force told Hilly they would return after 4 weeks to check. Hilly to chase.

Jenni provided the income and expenditure account prepared by Kim Duke (below) for year ending 28th February 2019 along with her Treasures Report which showed the year ended on a £1,024 loss.

Kim noted that the biggest factor in the total amount of loss for the year was that the heat and lighting amount had doubled from last year.

The summer fair income was also down 39.7% from last year, this may have been due to the change of date, although the bank holiday was a complete wash out so at least we managed to raise some money.

We are going to have a couple of stands over the weekend at the Festival to sell the Ducks for the summer fair and a tombola. Thank you to the residents that made donations for the tombola.

George Tomlinson will be giving a presentation, date to be confirmed. Tickets will be £8 to include food. A percentage of the takings will be donated to a Rhino Charity by George. 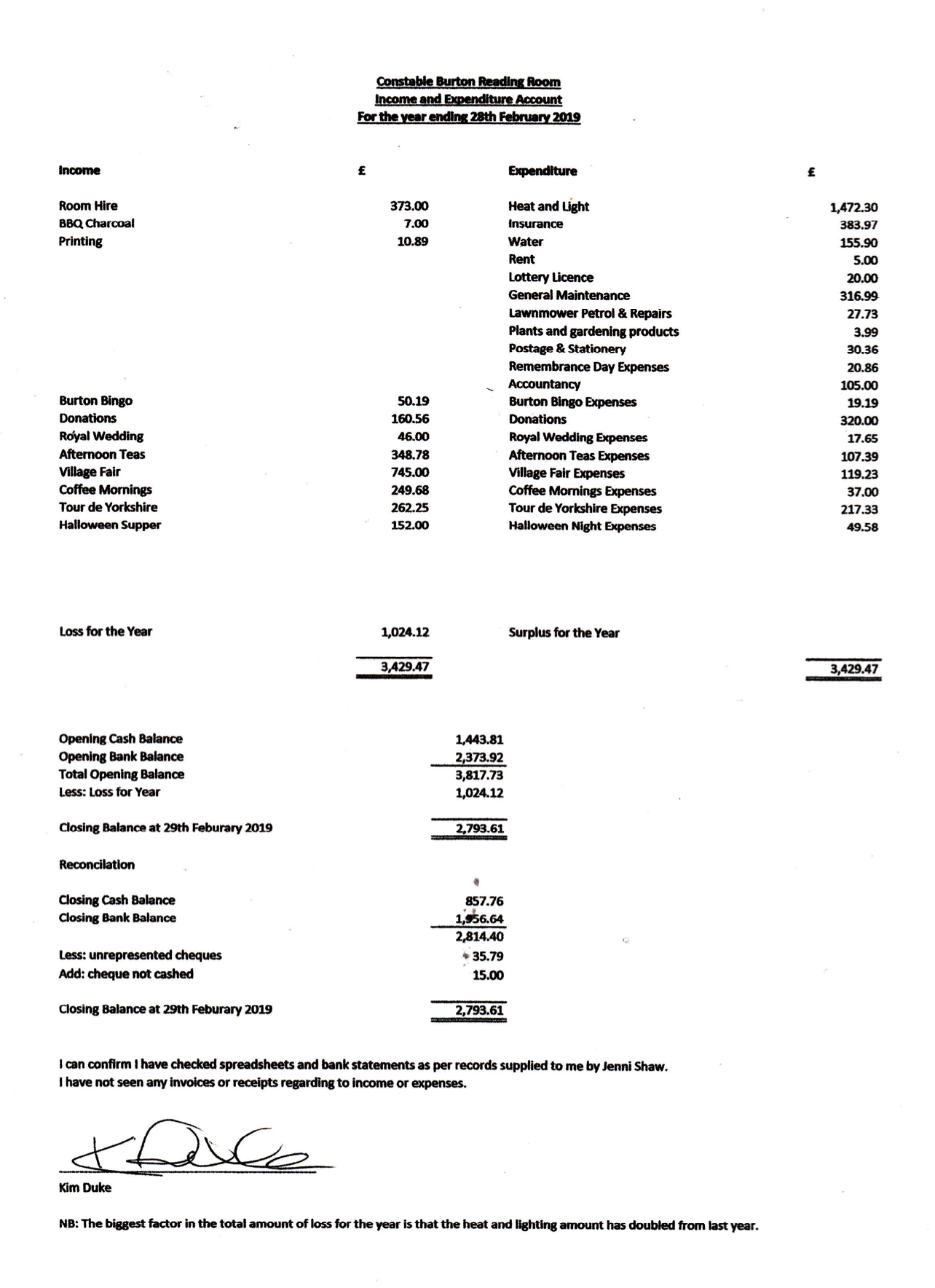