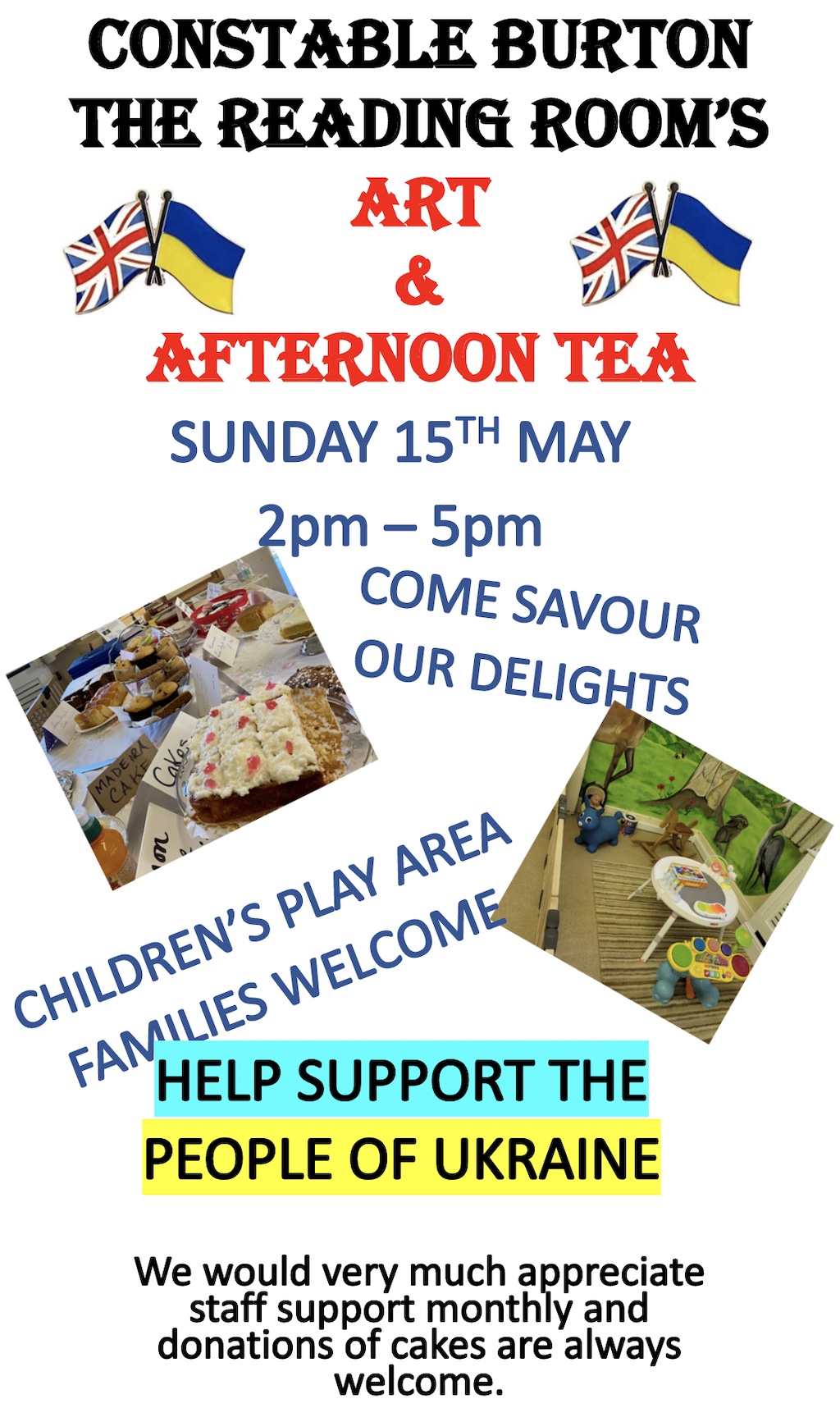 The Chair of the Parish Council remains In Office until a successor is appointed, the Vice Chairman also continues until the new Chair is elected.

For information – a Parish Council must meet annually . In an election year this annual meeting must take places on the day when the Councillors take office or within 14 days thereafter (10 May to 23 May 2022 In addition a parish council must meet on a least three other occasions during the year.

A Gift from America

Mark Ernest, a friend of mine who lives in Idaho, has sent to the Reading Room a gift of tea cups, saucers, candle sticks and a few ‘goodies’ as well. An enormous thank you goes to Mark from the Reading Room Community. The crockery was all a part of his Mom’s collection who was also a big fan of Queen Elizabeth.

Reading Room Flagpoles. These had become damaged due to adverse weather and volunteers were requested to repair and reinstate these. Simon Lemm volunteered to lead on this.

Garden Plots availability. Niesha Snarr raised the point that any village asset that was used by an individual should include an expectation and explicit agreement of a shared benefit to the whole community. Dawn and Simon Lemm have applied for rent and usage of the garden plots and Dawn confirmed her intentions that they would be running some communal garden projects an example given was to grow flowers to enhance the green and around the reading room. There was agreement from all in attendance that Dawns suggestions would be of great value to the community. A formal agreement will need to be arranged to that affect.

Niesha Snarr suggested that as the Committee Chair had changed and there had been new people moved into the community that it would be a good opportunity to send out a letter to all. This would hopefully help engage them in work or events planned and ensure we do everything possible to promote inclusivity and attendance at future meetings (for those able).

Tony Duff kindly offered his support to the Chairman, stating that if we require help from the local council it may be helpful if we approached him first as he may be able to assist through his network of contacts. The Chairman thanked him for this offer and stated it would no doubt be very helpful going forward.

Jeff Lane raised the issue of the childrens’ play area. The Chairman updated attendees on progress and confirmed that the work would not be completed until after the Jubilee event. It was also highlighted however that the new picnic benches were already in place and were already being appreciated by the community and visitors to the village. The Chairman went on to explain that where applications to the Local Council were concerned, he may only be able to give a basic update and not more specific details. Whilst he felt there was a synergy between both his Local Parish Council and Reading Room Committee Chairman roles, there was obviously confidentiality issues regarding both roles to respect.

Date and Time of Next Meeting.

This is to be confirmed and publicised shortly.