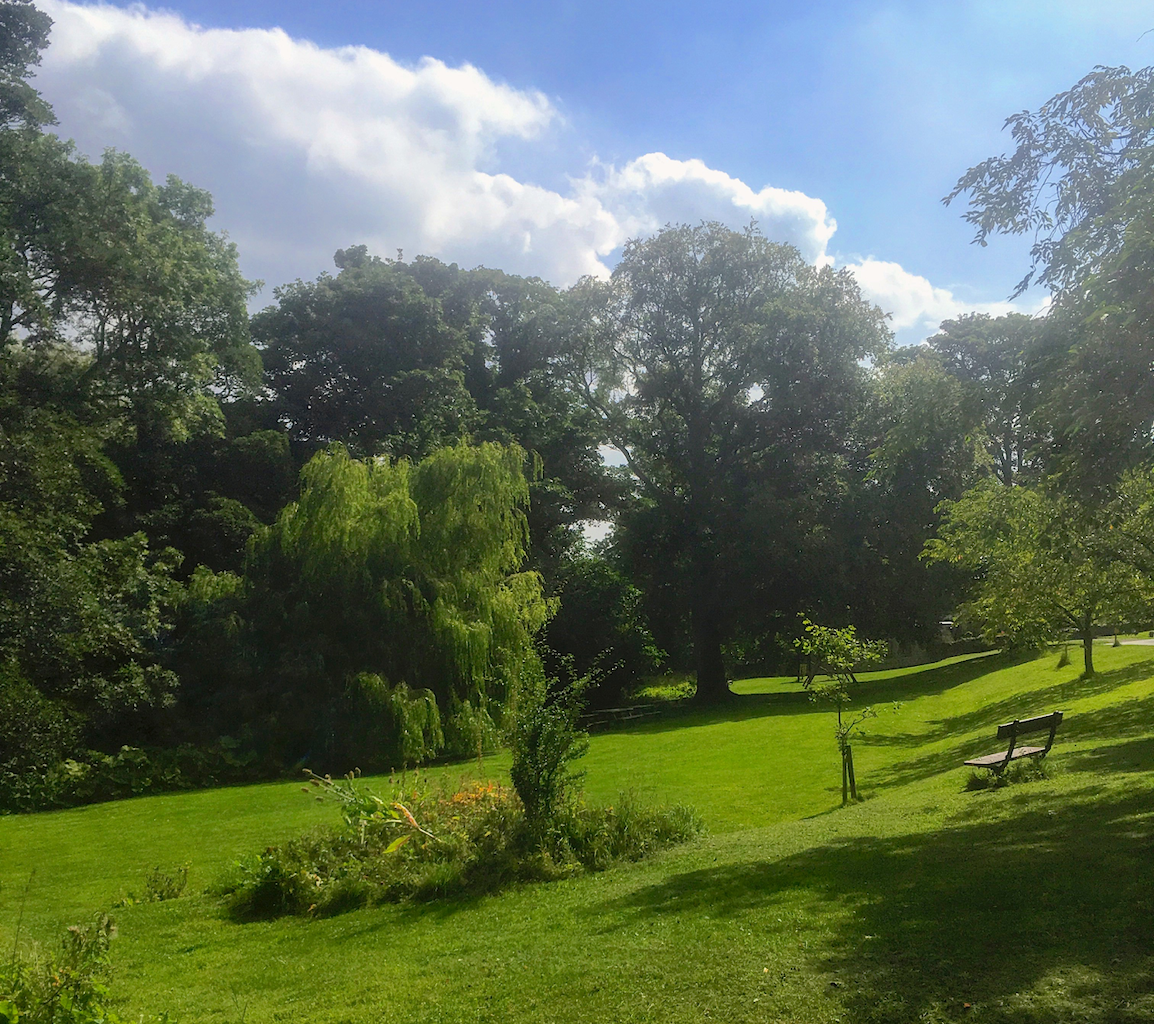 Some of you may be aware that the large beech tree on the green near to the swings is to be felled. It is diseased and potentially dangerous. Instead of reducing it to a stump we are having it carved to create a war memorial bringing together those who made the greatest sacrifice from Hauxwell, Constable Burton and Finghall onto one memorial. A tree/wood carver has been consulted as to the feasibility of the proposal and he has confirmed that the tree is ideal for carving.

Below is a draft copy of a plaque that will be attached at eye level to the memorial. It shows all of the names to be engraved on the plaque.

Funding is being sort and the costs of this project are approximately:

Within our community there will be people who may: 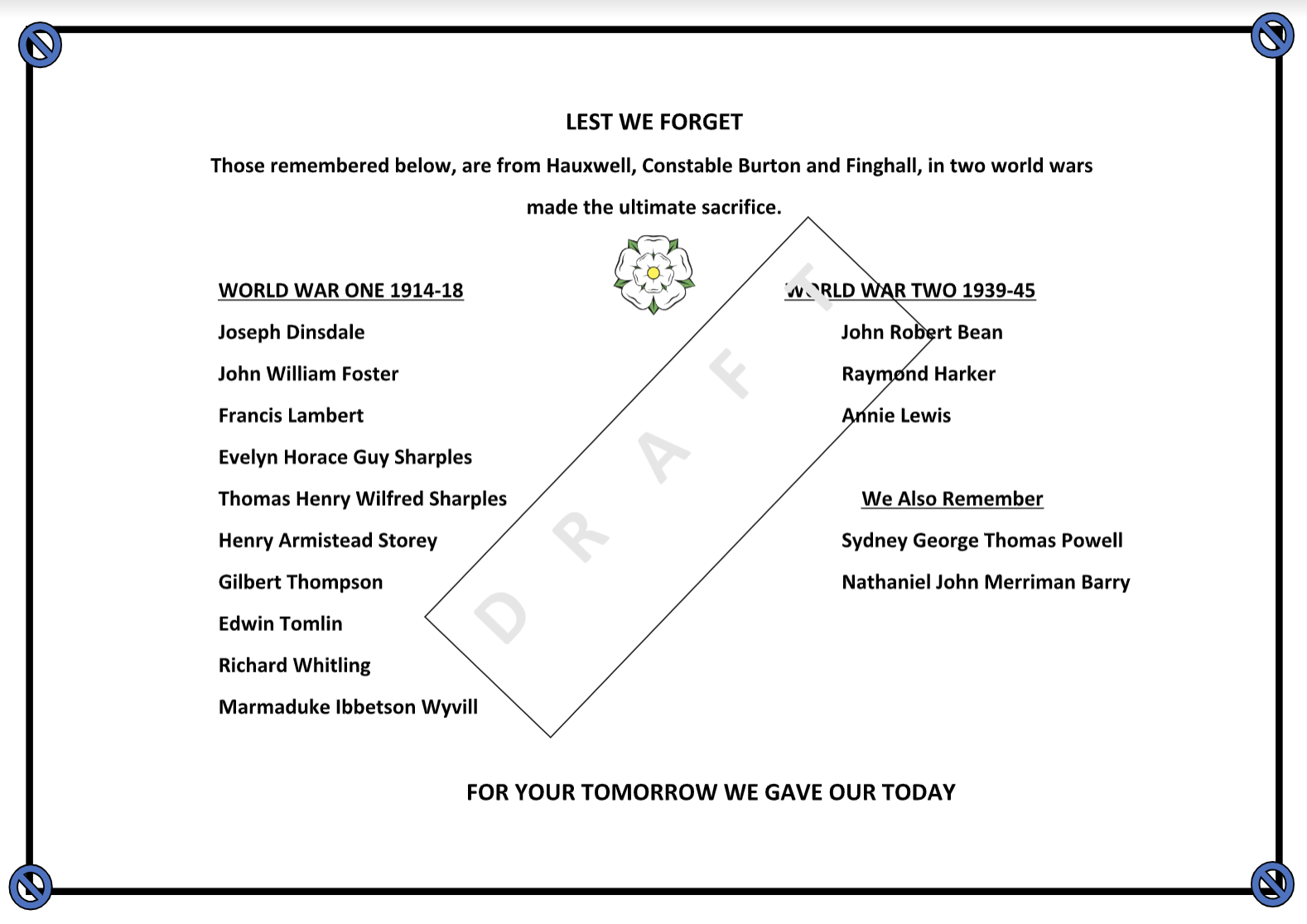